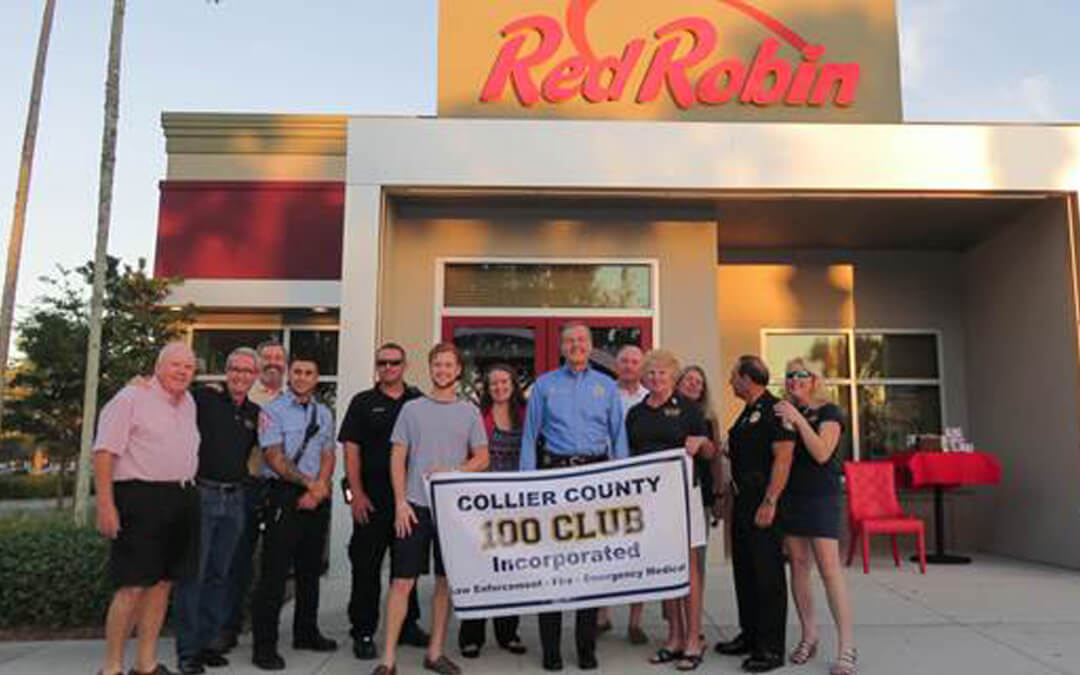 Collier County first responders can rest easy knowing they and their families will be taken care of in an emergency situation, thanks to events like the one held last night at Red Robin.

Tuesday’s event benefited the Collier County 100 Club, which raises money to help family of fallen and injured first responders including police, firefighters, EMS workers and corrections officers. The goal is to provide money to families within 24 hours to bring help as quickly as possible following an emergency.

The staff at Red Robin approached the Collier County 100 Club, wanting to give back to the community. They offered to host the buffet and to donate all proceeds. Staff is still tallying the proceeds but as of Wednesday afternoon, the fundraiser had brought in more than $1,500 and counting.

“On behalf of the men and women of the Collier County Sheriff’s Office who keep our community safe, I want to thank our community for their tremendous support,” Sheriff Rambosk said.

The restaurant offered a $10 buffet on Tuesday from 5 to 8 p.m. Because the group is a nonprofit run by volunteers, all of that money will eventually be used to help first responders and their families. All uniformed officers who showed to Tuesday’s event ate for free.

Family and children who attended got to mingle with officers and check out an array of Collier County Sheriff’s Office vehicles including the D.A.R.E. car and a helicopter flyover.

Thanks to all who attended and to the staff at Red Robin for hosting such a meaningful fundraiser.