Earl G. Hodges was honored by the 100 Club 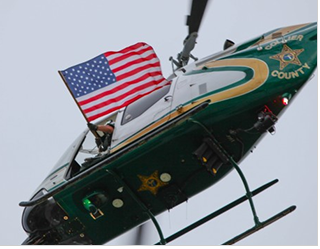 Long-time Naples civic leader and philanthropist Earl G. Hodges was honored by the 100 Club of Collier County in a special ceremony August 27.

Hodges, who in addition to his many charitable activities during his lifetime in Naples, was also a special friend and supporter of the Collier County Sheriff’s Office and law enforcement officers and emergency responders all over Southwest Florida.

Together with his wife of 50 years, Thelma, also endowed International College with a $12 million gift in 2007. The college soon became Hodges University. 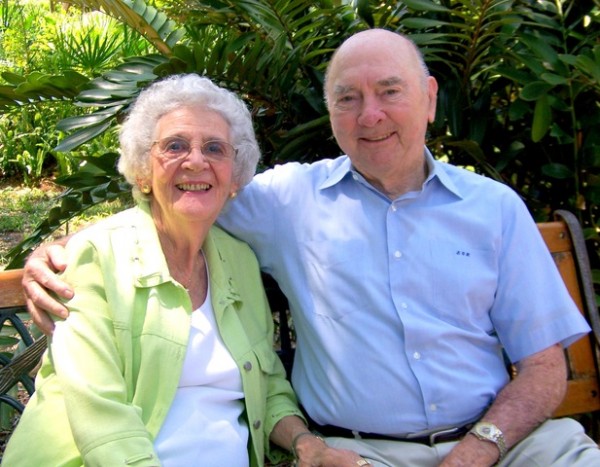 Earl and Thelma Hodges were married for more than 50 years and have been actively involved in a wide variety of local civic and charitable causes.

A native of Tennessee, Earl Hodges moved to Naples in 1956. He is a veteran of World War II and the Korean War and a successful businessman and owner of the Earl G. Hodges Funeral Chapel as well as the Johnson-Hayes Funeral Home.

To recognize his contributions and achievements, Hodges was named, posthumously, an honorary deputy of the Collier County Sheriff’s Office. Collier Sheriff Kevin Rambosk was on hand to present the tribute personally to Thelma Hodges.

Florida Weekly covered the ceremonies and published this piece in the edition the following week.

He actively served on the boards of several local banks. In 2001, Hodges was honored as the International College Humanitarian of the Year in recognition of his contributions. He also is a past recipient of the Naples Daily News Outstanding Citizen Award and the Junior Achievement Business Leadership Award.

Originally from Lawrence, Massachusetts, Thelma Hodges moved to Naples in late 1955. She was a Registered Nurse and was one of the three original employees at the Naples Community Hospital (hired just three months prior to the hospital’s official opening in 1956). Thelma Hodges worked at the hospital for more than 20 years and at different times was in charge of the emergency room, central supply and operating room. 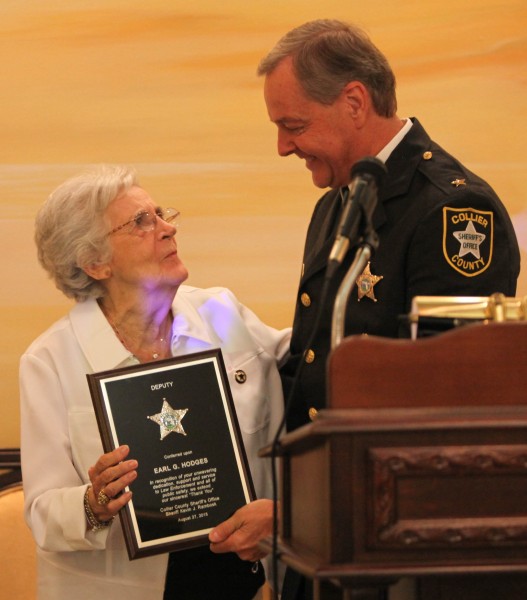